The Chihuahua Christmas Tree Ornament
is also a perfect applique.
And The little Santa Hat is fun and festive
all by itself. 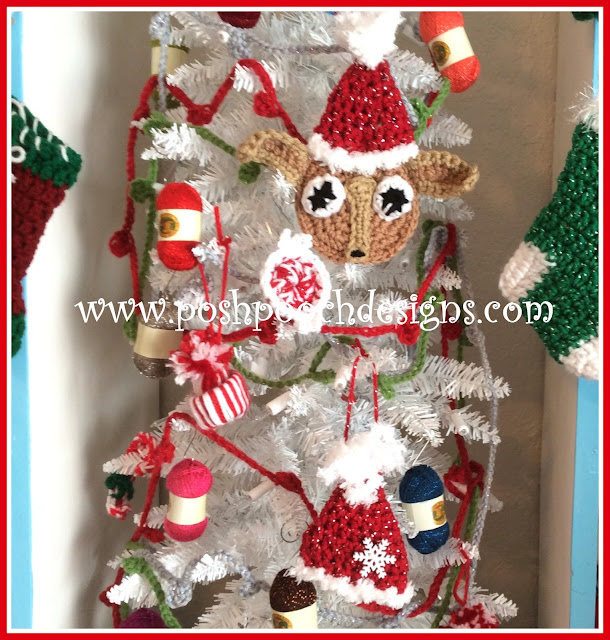 Make one that looks like your dog and
Place the Ornament on your tree, 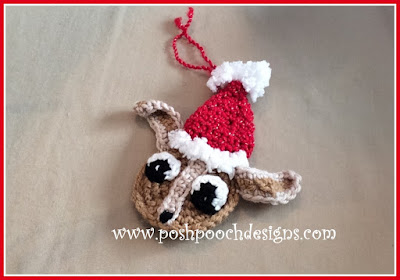 or add it to a Stocking, place setting, scarf or hat.

Santa Hat : The hat is stitched in the round.

To make pom pom, wrap the buttercup yarn around your 3 middle finger
about 10 - 20 times. cut a piece of the yarn about 9 inches long and tie across
the middle of the loops. Do not cut the loops or you will have a huge mess.
Attach the pom pom to the top of the hat.

Chihuahua Head: Make 2
Ch1 does not count as a stitch.

Place the 2 circles together and sc around the outer edge of the Circles,
leaving a small opening at the bottom about an inch long,
If stuffing - stuff as full as you like, then sew closed by continue the sc around
the circles, tie off.

With Black, ch 3, 6 sc in the 2nd ch from the hook, join in a circle,
Change to white yarn, 2 sc in each sc around, join tie off,
Set on the front of face and sew in place.

With Black yarn, stitch few long sts to make the end of the nose.

Sew on Santa hat with red yarn, then Sew on The Chihuahua
ears with matching yarn.

With red yarn attach yarn with a slst to the right side of the back
of the hat, ch 10, attach to the opposite side of the hat with a sl st, and tie off. 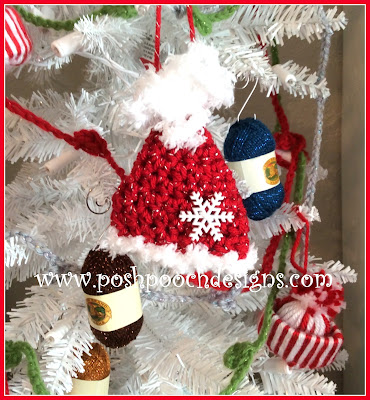 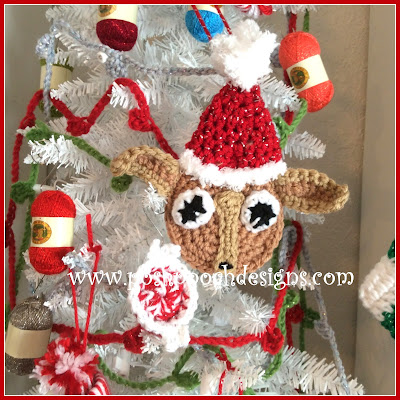 Or the Chihuahua wearing the Santa Hat,
Both are Cheerful and fun!

Posted by Posh Pooch Designs at 8:30 AM 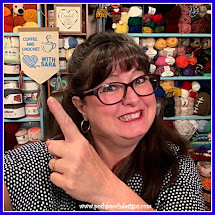 Come Crochet With Me 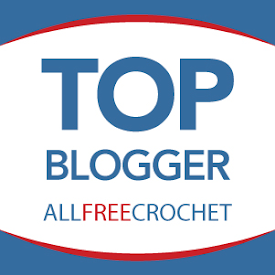